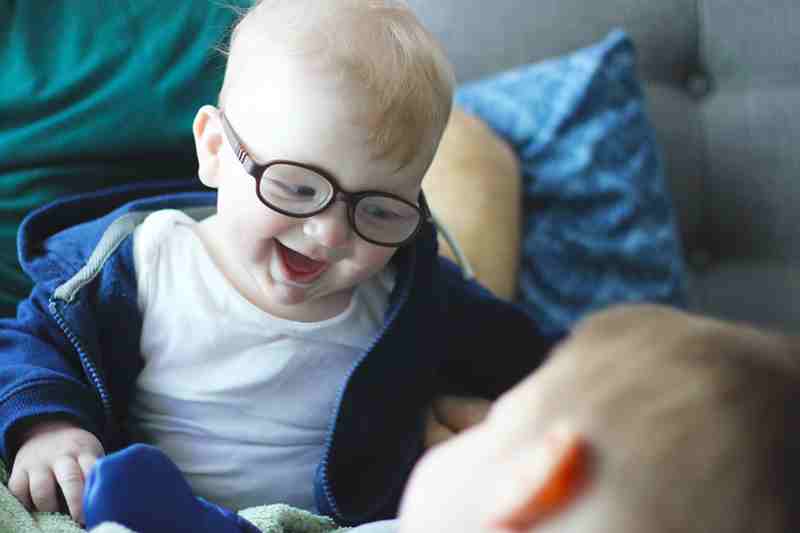 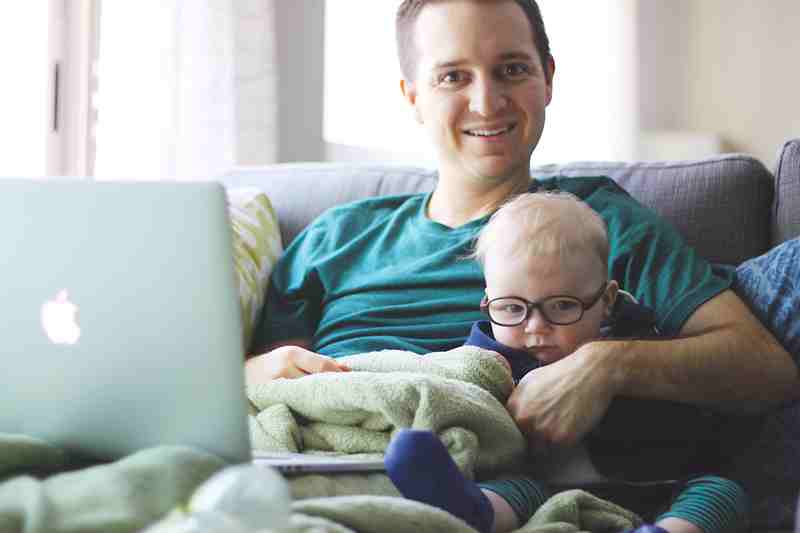 Little Owie just got glasses! I was so worried he wasn’t going to keep them on (because the past four months have taught me he pulls off hats and sunglasses and it’s a losing battle) but the second we put them on he was fine. He really doesn’t touch them unless he’s tired or trying to rub his eyes. It is AWESOME and I feel so grateful that the transition was easy for our family.

So let me back up a little bit here. Last year when Owen was diagnosed with albinism, we saw a pediatric ophthalmologist. And from day one, I did not like her. I didn’t like how she delivered the news, or how in our second follow-up appointment she still didn’t have answers or a plan for us. I just didn’t feel comfortable with her lack of involvement with Owen’s vision and nystagmus (where his eyes constantly move back and forth involuntarily).

We decided to switch insurances and go see Dr. Granet, who is a leading pediatric ophthalmologist who specializes in nystagmus. He is wonderful and I left the appointment feeling so uplifted and in charge of Owen’s healthcare. I really feel comfortable with his diagnosis and feel like we have a “game plan” for the next year or so.

Step one of that game plan was prescribing glasses! His previous eye doctor told us she couldn’t tell us what his vision was (she never even checked), but the first thing Dr. Granet did was check his prescription (+2.5 and +3, and it might go up). I have to admit, my jaw dropped a little when I heard he was getting glasses. I had considered it before, and told myself, “He’s going to need glasses”, but I didn’t think the time would be now! I just didn’t mentally prepare myself that for the rest of his life, he will wear glasses. It has really struck me the past few days that we have hit yet another turning point in Owen’s life — before glasses and after glasses.  Before we knew he had albinism and after we knew he has albinism. Before he could see my face and after he could see my face. His life in my eyes is so segmented into periods of happiness and despair.

Luckily I feel like glasses have come a long way in being accepted in our society (especially among kids) but it is still quite unique to ever see a baby wearing them. We get all sorts of comments in public. Most people just oooh and ahhhh about how cute he is. I think the attention is expected (honestly, I would probably do the same to someone else’s baby in glasses) but I do worry that they see his nystagmus and wonder about it. And I haven’t quite figured that one out yet. I am so afraid of hurtful comments when he gets older. However, favorite comments (meaning the funniest ones that we laugh about because we get them over and over again) include people telling me he looks like a hipster, as if I put glasses on him just as an accessory. ;) I am also told, “he looks so smart!” all the time. Yes, cashier at The Habit, my baby is automatically smarter than yours when he wears his glasses.

Baby Owen, I am so glad you can see so much better with your glasses now. What a wonderful blessing we have as a family to be in a position to be able to help you see better. I just love that we have so many resources available to help you — please don’t ever take that for granted. We are so blessed. (And let’s be honest here, you are so cute!)

>>just want to record on the blog my thoughts that I posted on instagram immediately after our appointment:

dr. granet was just as wonderful as everyone made him out to be! he checked owen’s prescription right away and tomorrow we’ll go in and order glasses for the little guy. they might help significantly or they might help just a teeny bit, but we’re grateful to be headed in the right direction to help him see better! he is double farsighted*, which surprised me. dr. granet also explained nystagmus in further detail to us, which was really, really helpful. it doesn’t bother owen at all (his brain compensates for the movement and makes it so he doesn’t even know his eyes are moving) and it will just mean he might process things a tiny bit slower because his eyes don’t “see” as fast as our eyes do, because they’re constantly moving. we also confirmed his right eye is starting to turn inward (strabismus) so we’re optimistic that the glasses will correct that. a light bulb went on for me when I realized it’s not just poor vision that owen struggles with, but a combination of nystagmus (where his eyes shift back and forth uncontrollably) and photophobia (where he is ultra-sensitive to light and glare) as well. put all three things together and it’s a handful! but we’ve got a game plan and I feel so good about how things are going. #owengrows

*I think this means he is twice as farsighted as other babies his age. I expected him to be nearsighted?

4 responses to “Owen has glasses!”