In honor of Jack’s six-month birthday (it’s like a half-birthday…people celebrate those, right?) I’ve compiled a list of baby gear that (I feel) was worth every penny. This list only contains things I deem really awesome. 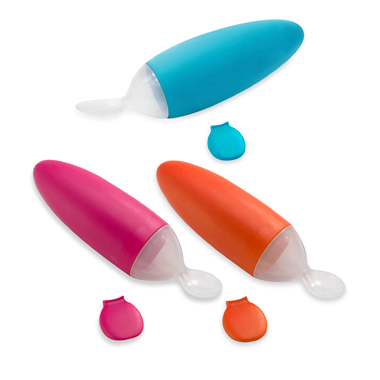 The Boon Spoon
One on my list is the fabulous Squirt (the boon spoon). G-E-N-I-U-S. I had a giftcard and took a chance on this one, and now I love it so much it’s now my go-to baby shower gift. I tell everyone I know about it on a daily basis. Husband is sick and tired of me raving about it but I just love it!! From Boon’s website:

Genius. (There. We said it.) Squirt isn’t just a spoon; it’s a revelation. It takes baby food, removes the jar and the mess, packs it into a single utensil and with one squeeze—boom! You get easy, one-handed feeding. Pop on the cap to seal food on-the-go. Caution: May cause gobbling and an uncontrollable appreciation for anything delicious.

It’s easy to clean (even days later) and your baby won’t be tempted to stick his hand in the jar (been there, done that). The BoonSpoon even has a cover for the spoon so you can take it on-the-go. Comes in orange, blue, and pink. (Note: we have the orange and it’s the same color as the picture, so I’d expect the colors to be accurate.) Buy it here for around $6. Image from Bed, Bath, & Beyond.com. 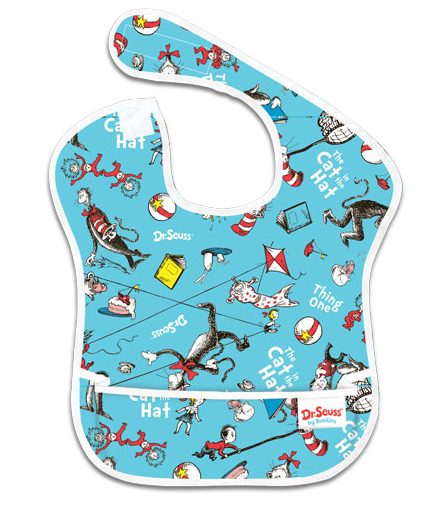 The SuperBib
Two on my list is also a feeding product: the Bumkins SuperBib. I originally looked for those plastic pelican bibs, but had a hard time finding them. My sister also said hers cracked, so this also prompted me to look elsewhere for a bib. I ran into this SuperBib and fell in love with the Dr. Seuss print (I have the set of 3.) The reviews on Amazon were outstanding, and though I didn’t want to spend $20 on a set of bibs, I’m glad I did.

They are large, and cover Jack’s entire chest plus more. They will easily fit him until he’s about two, if he needs it that long. They are made of a waterproof and stain-resistant material that easily wipes off. After he’s done eating, I just rinse the entire bib off in the sink and set it out to dry (which takes about an hour), or wipe it down with a baby wipe. They are also machine washable. I love that they are very thin and flexible, and could easily fit into a diaper bag, where as a pelican bib could not. The pouch at the bottom is excellent at catching any spills. I love this bib! Buy it here. Image from the Bumkins website. 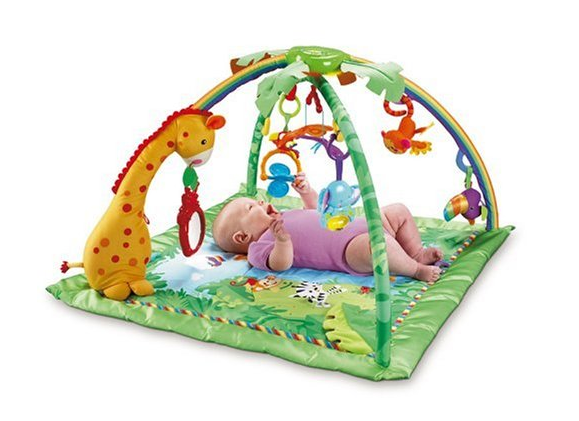 A Play Gym
Three on my list is our playgym. We love the one we received as a gift and would highly recommend it to anyone. The kid never runs out of activities and could play under there for hours if I let him. And we use it every.single.day and the batteries are still going strong. Baby happily playing = Momma getting stuff done (today it was the dreaded dishes.) ‘Nough said. Buy it here. Image from Amazon. 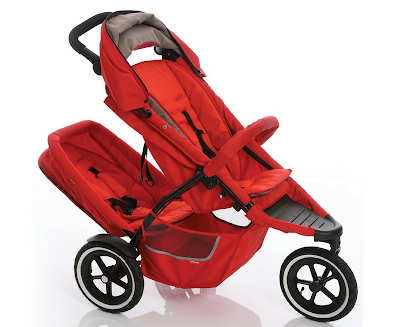 Four. Okay, I didn’t spend my pennies on this one – we received it as a gift. And it’s the best gift we’ve ever received in our entire lives.


This baby rolls like a dream. It’s the rolls-royce of strollers. We use it (without the doubles kit on the back) for jogging  as well as walks and it’s fantastic. Graduation weekend I had to push my sister’s other double stroller (not a p&t) and it sucked. That’s when I was told pushing the crappy stroller was to make me evermore grateful for my p&t stroller. And guys, it worked. I’m hooked.


It’s kind of funny because graduation weekend we also saw a lot of these babies on campus. I was kind of confused at first (I’d never seen so many in one place in my life!) and then Tyler made the comment, “It’s because we’re all business students and we know what a good investment is.” Bingo. My sisters are going on five years with theirs, and they still could pass for less than a year old on wear & tear. This stroller will last you through all of your kids, not just one or two. Find more about it here and purchase one here (or the best deal is at Costco right now). Image from Amazon. 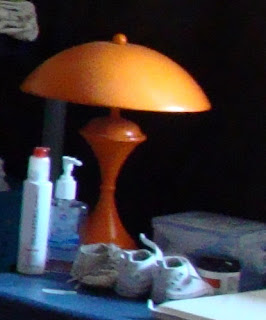 The Lamp
Five is a touch lamp. We love this lamp. We got is for $5 at the local thrift store and I painted it orange. It’s kind of tacky, but it’s the most useful thing in his nursery!


Before Jack was born, we wanted to make sure we didn’t turn on the ceiling light in his room in the middle of the night, which would further wake him up. So we found this touch lamp with three light settings that works like a charm. Now every lamp we have in our baby rooms will be a touch lamp – no fumbling for switches or anything. The lowest light setting is perfect for changing a quick diaper with just enough light for you to see but not wake up baby too much. I wish I could point you in a direction to “buy one for yourself here” but I can’t. But just trust the Joneses and their handy touch lamp. Image from me. 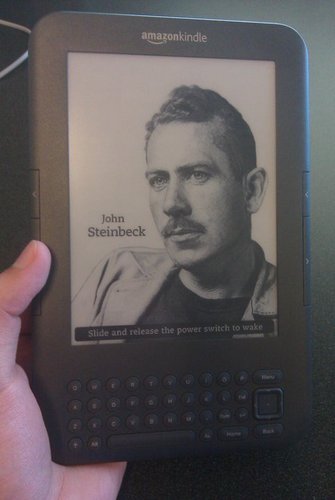 The Kindle
Six isn’t exactly classified as “baby gear” but it really has come in handy. I don’t know about breastfeeding (I would think you would need one hand to hold the baby but I’m not really sure here) but with bottle feeding it is nearly impossible to read a book while doing so. Hence, the one-handed Kindle. I usually try not to watch tv when I’m feeding him, so I read a book instead.  It’s also very babyproof. They show a dog licking the back of one in the commercial! Buy one here. Image from the Kindle customer photos gallery. 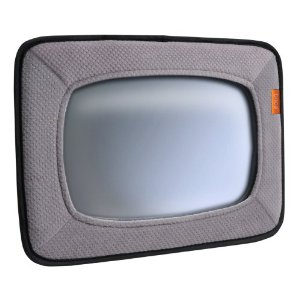 The Car Mirror
Seven. We bought a plain grey car mirror similar to this one (I’m not big on frilly baby stuff, okay?) and Jack loves car trips because of it. He just laughs and smiles at “the little boy in the mirror”. We couldn’t have survived our holiday trip from Utah to California without it! Buy one similar to what we have here. Image from Amazon.

I think that just about wraps up my baby gear list! I’m sure the list will grow and grow (babies have a lot of stuff!) so I’ll try to keep adding if I find anything else really awesome.